Taking the kids to the museum on a hot hot day in May makes perfect sense. Except that museums aren’t really the coolest places even in India’s capital city New Delhi. I really wanted to catch the National Museum’s exhibition titled ‘The body in Indian art’ curated by Naman Ahuja. I had read about it and thought it would be interesting.

I didn’t know how the kids would take it though, but summer vacations are made for experimenting. And we found ourselves in the curiously circular National Museum building, embarking on a journey of artistic interpretation that views the body in the light of thematic constructs like spirituality, death, fertility and perfection.

I quite enjoyed the display, but it was quite a bit for the children to take in. Aadyaa and her friend Myrah amazed us by how many characters and situations they could recognize from the popular epics as well as the number of Gods they could recognize from what they wore, what they held in their hands, their expression or posture! Far from us haviong to explain to them, they ran ahead pointing out – “See, Ram, Lakshman and Sita are in vanvaas!” or “Radha and Krishna are on a swing!” or “Vishnuji ke haath mein sudarshan chakra hota hai, dekho!”

At one point, the girls and Udai debated over a figure that had snakes in his hair. The girls thought it was Shiva, while Udai who can read was trying to convince them it is Nagdev (even though he pretended to be bored for the larger part of our time there)! 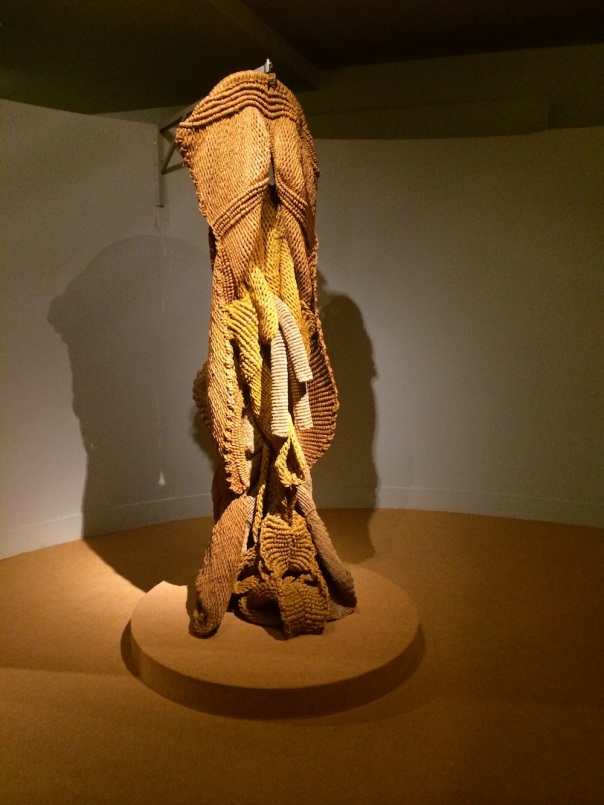 I was struck repeatedly by waves of nostalgia. Childhood memories of visiting Belur, Halebid, Somnathpuram and later Khajuraho, all of which are full of carved stone statues; many many trips to the Cauvery Emporium on Bangalore’s MG Road where older relatives admired bronzes in tones of awe and admiration. You get the drift- I had been indoctrinated early!

We wrapped the visit up with Udai running up to see the swords and guns, while my friend Hansa and me ensured the girls had something to eat and drink. Of course, the ice lollies we ate in the car park were the highlight of the trip for the kids. Did you really think statues and paintings can compete with ice cream?

Artists can be true to their art only if they stay uninfluenced by public perception! Feb 08, 2012

Amitav Ghosh, a writer of fiction who I particularly admire, blogged recently about the dangers of writers facing their audience in response to the recent trend of literary festivals and the Rushdie fiasco at the Jaipur Lit Fest. He makes the point that writers are able to take controversial positions and push the boundaries of thought only because they are separated from their audience. When writers put themselves in a position where they are being questioned, they will also be influenced, therefore weigh their words carefully and lose their spontaneity altogether. On a more serious note, society needs voices of dissent, opinions that ruffle feathers, perspectives that are different from the mainstream; who offers these if everyone is answerable and no one is willing to take the risk of speaking their mind?

I have written earlier about a scary culture of intolerance that is spreading through society. Ghosh’s piece also echoes a similar sentiment. There is an urgent need for defiance in our society; we conform too much, we give in too easily. We don’t want to think things through because we are convinced of the futility of such an exercise. We don’t really believe in change.

But we do want to publicize our smallest achievement and so, expecting writers to only write and not talk about their writing in today’s world is quite impractical. Most of us put up pictures of mundane events on Facebook and its but natural to share our achievements. But Ghosh’s piece made me wonder- When is the right time to share and exhibit our work/talents/creativity? A friend writes decent poetry, but shares her work with a select few, firm in her belief that her writing needs to mature much more before she would be willing to share it publicly. This is not out of shyness of lack of confidence, I suspect, but out of a desire to hone her talent in solitude with constructive feedback. Adulation and popular opinion can often derail a creative process completely.

Even as I blog my heart out to the world everyday, I admire the ones with restraint and patience; the ones who pursue art for art’s sake and worry about its saleability at a different level, that is independent from the process of creation. That’s how I think it should be. I worry immensely when I break my rules and visit the site stats page of my blog, when I should be worrying more about how good I feel about what I have created!

Contrary to popular belief, true confidence isn’t about keeping your art in the public eye constantly; its about making it accessible, sure, but most of all believing in it yourself and continuing to nurture it.