See mummy, the roof is covered in solar panels!

We took the train from Amsterdam to Berlin earlier this month. While the change of staff from the friendly Dutch to the slightly brusque German crew is noticeable, the scenery outside isn’t immediately very different. It takes a while for the oh-so-flat Dutch scenery to transform into the rolling countryside around the Rhine. But Udai’s observation was on the ball when he started pointing out the growing number of houses with solar panels on the roofs. Soon he was showing us homes and barns and storage sheds with their entire roofs covered in solar panels! 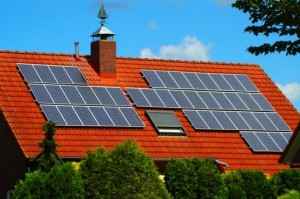 I made a mental note that day (12th June) to look up the solar energy achievements of Germany but it slipped my mind. However, I read today that at about the same time as we were excitedly pointing out all those solar panels to each other and telling Aadyaa what solar was all about, Germany had set three national records related to solar energy! Over 50% of the country’s energy needs are now met by solar. Mind blowing indeed, especially for a nation not abundant in sunshine. Can we in India imagine the potential here?

Probing deeper, I gather that Germany’s solar capacity is largely installed on residential and commercial rooftops rather than at industrial facilities. However, from a policy perspective, I understand that the nation’s heavy subsidization of solar and wind energy while cutting back on nuclear energy production has meant both extremely high power tariffs and increased carbon emissions owing to more usage of coal and gas. Everything has a flip side, I suppose!

For a low-income person in a city like Gurgaon, owning a legal home is a distant dream. During my field trips, I have spoken to scores of families that belong to Gurgaon and its surrounding areas that have invested in unauthorized colonies (usually plotted from agricultural land) bought on power of attorney basis from landowners. This, they say, is their only option to own a home in the city.

A city of impossible dreams, a home in Gurgaon is unaffordable for most consumers 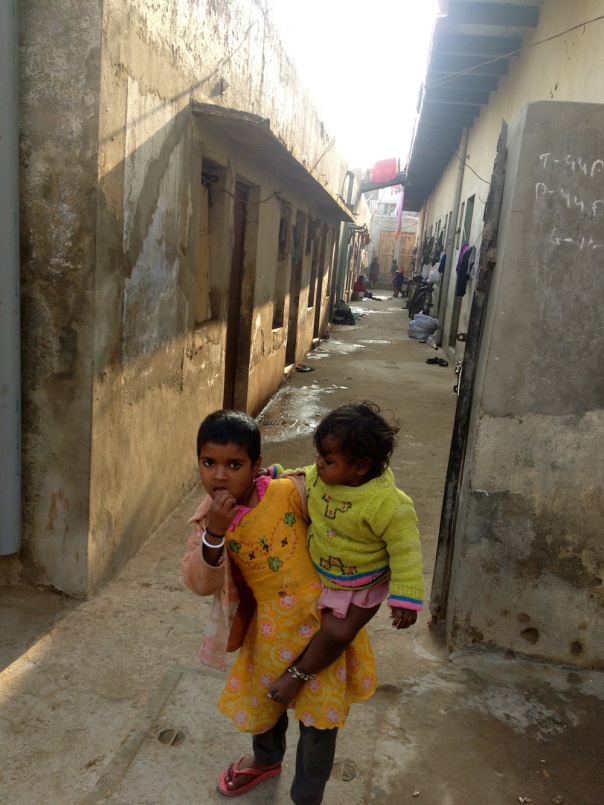 Plots in illegal colonies are the only affordable option. Many buy plots and set them up as tenement housing to rent out to migrant labor. This picture was taken in Devi Lal Colony in Central Gurgaon

The new Haryana Affordable Housing Policy 2013, the details of which are now out, seeks to address this issue by setting new rules to bring on private developers into the low-income housing game. In a city where land prices are through the roof and housing is unaffordable for middle-income people as well, it remains to be seen how transparently and efficiently such a policy can be implemented so that the intended ‘beneficiaries’ get to buy and occupy these homes.

Essentially, the government plans to grant special licenses to developers to build these projects. The carrot on offer, of course, is increased density and FAR norms. Under the proposal, the projects licenses would get to build out to a density of 900 people per acre as opposed to the current maximum of 300 people per acre. The units are to be 28-60 sq m in size, however 50% of the units must be less than 48 sq m.

The developer has to qualify in a point-based system that takes into account the condition of existing infrastructure (roads, water, sewerage, developmental works) and the developer’s presence in the specific sector where the project is proposed; thus encouraging projects in areas where infrastructure is better developed to come up first as well as preventing developer monopoly over certain areas. Only one project will be approved per sector as per Master Plan. Once the license is awarded, the project is to be developed with 4 years and cannot be converted into a normal project.

Projects on plots upto a maximum of 300 acres are permitted in the State’s larger cities like Gurgaon and Faridabad, while maximum plot sizes go down to 150 and 75 acres for smaller cities. The allotment process is to be stringent and in the hands of a panel and will be done at the rate of Rs 4000 per square foot in Gurgaon, Faridabad, Panchkula and Pinjore-Kalka, and Rs 3600 per sq ft in other development plans.

Out of the subsidy mindset, finally!

In a rare and progressive gesture, the policy refrains from labeling any units as ‘EWS’ and categorically does this to prevent any cross-subsidy from applying to these projects. While there is a concern that the Rs 15-30 lakh price that these units are expected to be sold at will not really be affordable to the ‘urban poor’ in Gurgaon, keeping these out of the ambit of subsidy certainly prevents gross misuse of the policy. By this I mean that there will be no perverse incentive for middle and higher income people to buy the subsidized units, nor for poor people who get them to sell for profit and exit the investment. The units will go to a section of people who are still under-served, even though they technically will not come under the EWS and LIG categories who can afford homes priced between Rs 5-10 lakhs typically.

Some things slightly off….need to be thought through further…

Cars are a reality, transport planning on urban scale needed urgently: Parking, a typical problem area, rears its head here too. Half car parking space per unit is to be offered as stilted/covered parking but not to be allotted to flat owners, who will get two-wheeler parking instead. Visitor parking is to be uncovered parking. We are talking about middle income people here and I would wager every unit will own at least one small car, so this is a highly impractical situation and we are staring at a parking disaster in these projects. It would be more practical to incentivize such projects along transit corridors and plan an efficient transportation system that links these areas with employment centres. So that people who are hard pressed to buy a home are not forced to buy cars in the first place! From an aspiration perspective, a four-wheeler is a craze. We regularly see families that have no savings to speak of buying second hand cars, partly because a car is a status symbol, and mostly because there is little public transit to speak of. There is a desperate need to align this policy with other larger, more ambitious transit initiatives, both public and private.

What’s in it for the developer besides FAR/FSI? Developers are to provide bank guarantee as well, in addition to putting their lad on the table AND putting in the money to develop the project. Seems a hard ask to me!

Migrants allowed? Eligibility criteria not so clear: The eligibility criteria prevent the allottee or any family member from owning another govt allotted unit in urban areas in Haryana and limits the number of applications to one only. However, this is only applicable to ‘licensed’ colonies, so those currently living in illegal colonies are eligible. Plus, the newspaper reports that this scheme is for residents of the State. The draft policy makes no such specification. Does this mean that no domicile will be asked for? Private property does not restrict higher income migrants from buying; will these units also be available to migrants from other States with no identity papers from Haryana? I find that hard to believe in the light of the general drift of State housing policies, but if this is so it would mean a huge step forward as well.

The other issue is the one-year limit on reselling the flat. How will that be monitored?

No clarity on O&M: The developer is to maintain the project free of cost for five years, after which a resident association takes over. While this policy is an improvement over the existing one, this is a tough issue with affordable housing and needs definition certainly for a sustainable solution.

Imperative to learn from failures elsewhere: This policy has been a long time coming and it takes a few very bold steps forward; however, I wonder if the failed or partially successful experiences of other States have adequately been considered while drafting this (O&M experience of SRA scheme in Maharashtra, a case in point).

NCR cities might be special? The situation in Gurgaon and Faridabad is drastically different from other cities in Haryana. It seems to me that a differential approach could have been taken for these two cities to position them better within the NCT of Delhi.

Dovetail with other schemes critical for a sustainable and viable solution

It is clear to any practitioner in the housing space that this policy will serve middle income customers and not EWS/LIG and that is fine! However, other solutions like employer-built housing, rental housing dormitories and family units, public housing projects as built by Housing Boards as well as regularization of illegal colonies are critical to addressing the issue of affordable housing in the larger context. Otherwise, the truly under-served section of the urban poor will continue to be denied quality housing or a right to improve their socio-economic conditions; surely, that is fundamental to planning the cities of the future?