On our way from Bangalore to Madikeri in Coorg, we took a stop at Shrirangapatnam. Adjacent to Mysore, this has been an urban centre and a place of pilgrimage for centuries. What we see today, however, is the fort of Tipu Sultan who is infamous for having defeated the mighty British and keeping them at bay for many years till he succumbed finally in 1799.
We drove around the circumference of the fort today, choosing to alight only to see Colonel Bailey’s dungeons. Why the dungeons? Because when I visited the fort at the age of ten, I thought this was the most fascinating aspect of the fort. The ASI hadn’t quite created its current manicured look, it looked like a dungeon with whitewash slapped on it. I imagined starving creatures, tortured souls, hungry and in tattered clothes. Today we saw an arched space in sparkling white. It took some imagination to see this space as a subterranean dingy chamber where prisoners had literally stood in the waters of the river with their heads barely above the water! The view of the Cauvery, of course, was a delight from the roof of the dungeon. For the kids, especially Aadyaa, drinking coconut water after exiting was the best bit! And a smart move that kept us in top shape till we got to Madikeri a couple of hours later! 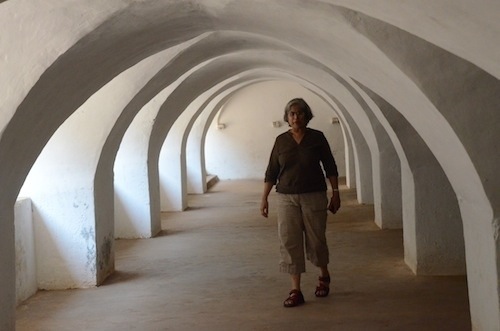 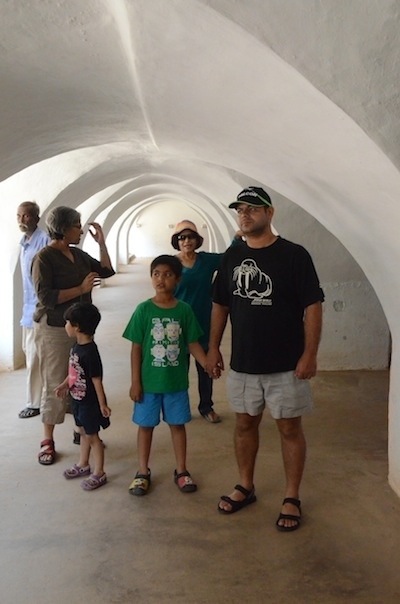 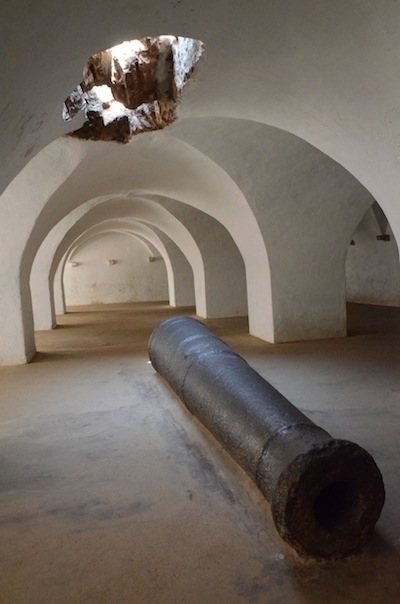 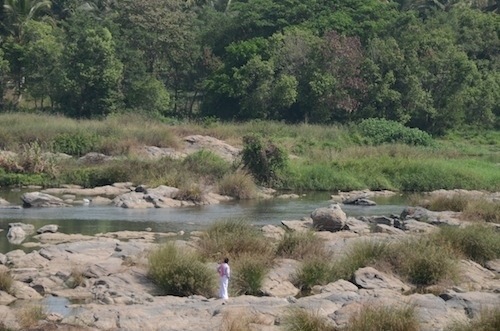 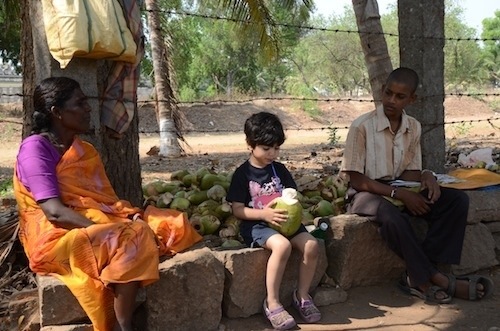 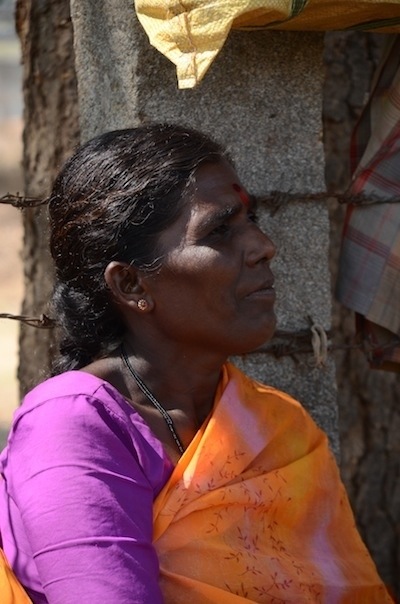 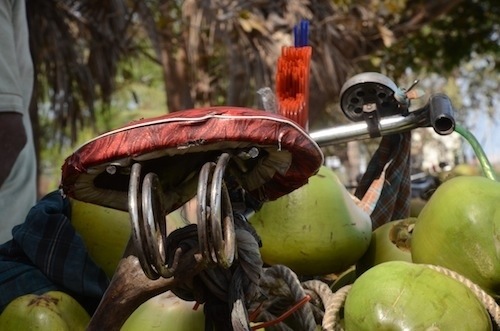