Slums have dwindled in India! Pondering on fresh NSSO data

The latest NSSO data (Surveys done between July and December 2012) shows that slums have actually reduced in Indian cities! Liable to be missed in all the hullabaloo of politics, this is a huge achievement for India. If it is true… For one, comparing the Census, which is an actual count of the people who live in the country, with sample survey data seems a bit strange. How do you explain these differences? Nine million households live in slums in 2012 as per the NSSO as compared to 14 million as identified by the Census 2011. The NSSO counts 13,761 slums while the Census found 37,000! I would take these numbers with many pinches of salt! 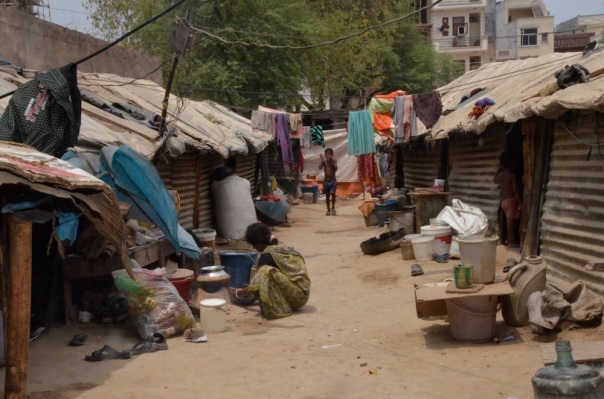 Only 41% of the slums are notified by the local authorities. I am glad the data points this out. Not being recognized or notified often means the denial of services and living in perpetual fear of eviction, as is pointed out repeatedly by the work of several organizations across the country. Transparent Chennai in particular has been vocal about this point (Read their excellent editorial in The Hindu on the India’s invisible population). So while the media is seeing the drop in the number of slums as indicative of the political mainstreaming of India’s urban poor, much remains to be done for those who reside in slums and other unserviced areas in our cities.

It is also heartening to see the improvements in services. The report says that 93.5% of slums have power supply and 71% have access to drinking water. There has also been improvement in drainage, sewerage, garbage disposal, primary education and medical facilities ranges between 15% and 45% compared to the data from five years ago. This does indicate the de-linking of the service provisioning from legality and more integration of the slum into the urban fabric. And perhaps the ability of slum populations to access services outside the slum. We know that slum dwellers are not always poor, but sometime middle class people living in slums owing to negligible affordable housing stock in the formal sector.

The majority of survey respondents (70.8%) cites better accommodation as the reason to move out from a slum. The initial analysis seems to point to the success of government schemes like JNNURM and RAY. However, the total number of homes added to the housing stock under these would probably not add up to 5 million, methinks though I have to check on this!

Those of us who work in the sector will wonder about what specific improvements in the attitudes and policies of local and State governments towards existing slums could have brought about such a decrease in number. Evidence from the ground seems to show an ever increasing diversity in the types of squatter settlements and only marginal and isolated instances of positive governmental or collaborative interventions.

Sure, these are off-the-cuff comments and someone (not me though) would need to analyze the results more thoroughly. It is encouraging to see more data being generated about urban informal habitats though. Slowly, it looks like many gaps in our understanding are getting filled. It is up to us, those who live and breathe this stuff, to overlay the data and the anecdotal evidence and come out with a more nuanced understanding of the situation. Not a mean task, but important and fun too!