We are driving through a really pretty part of Rajasthan from Kota to Delhi via Sawai Madhopur and Dausa. The fields and water bodies plus the very decent roads of the Mega Highway scheme are inspiring innovation.
For the last hour, Udai, Rahul, Amma and me have been betting on distances to the next expected town. The one whose guess is closest to the distance shown on the next milestone wins. The score is as of now three each for Rahul and Udai, one for Amma and none for me!
Every now and then, Udai is thrown a small mental math challenge, usually to calculate the total distance covered since morning. Or some other random division sum, that being the latest lesson learnt in school and something that really excites him.
As I write this post, Rahul and Udai are competing to tell the poorest silliest joke. Those that appeal to an eight year old are particularly ridiculous. They take me back to our childhood days when jokes were a vital part of how we spent our time. We made our parents buy joke books and pored over them in a bid to find and memorise rare ones that we could share with our friends and family. Antakshari, another favourite travel pastime is being given a miss today. My kids don’t have enough of a song vocabulary yet.
Aadyaa in the meanwhile has been snoozing away, perhaps the best pastime of all on a long drive!

The first half of yesterday was spent attending the school PTM. Fortunately, in Shikhantar, its not a typical deal where you hear what the teacher has to say about your child, where she can improve, how good or naughty she is, etc. We usually have a short group session in each classroom where general observations and concerns are shared and curricular goals discussed. Then parents of a single batch are brought together to discuss something relevant to the age group. I always complain that many of these sessions become criticisms of modern parenting methods and laments on current lifestyles and not much constructive emerges.

This time was different as the session was conducted by E K Shaji from Jodo Gyan, an exemplary non-funded, non-profit organization that focuses on making math fun for kids. They work with kids in government schools and train teachers at some private schools including Shikshantar, which is a liberal institution, one of very few in perhaps the entire country that isn’t scared to break the mold and act in the true interests of children.

Shaji is an entertaining teacher, using humor, drama, narration and discipline in equal measure to hold his audience. He demonstrated simple ways to teach grade 3 kids the concepts of fractions and multiplication.

Here is some stuff that struck me particularly:

Shaji emphasized the role of practice in being able to develop math skills. He also enlightened us about recent research that shows that even right brained people, previously thought to be not as good at math at the left-brained variety, go on to become brilliant at math if they have good math teachers during pre-primary schooling.

Essentially, the foundations of good math are being laid in nursery and kindergarten, through conceptual clarity. I picked up a couple of Jodo toys yesterday for Aadyaa who is 4 and I’ve had several at home for Udai as well. They are simple and allow young children to make endless patterns, strengthen their fine motor skills, make connections and have a lot of fun while at it. Its like having many variations of Lego-type blocks (which I think are the best ever toys for kids!). 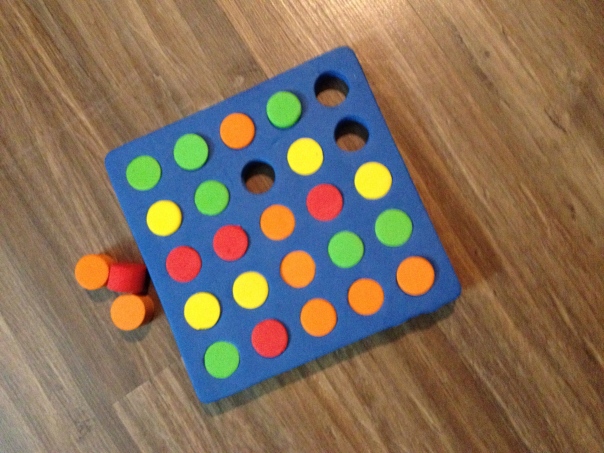 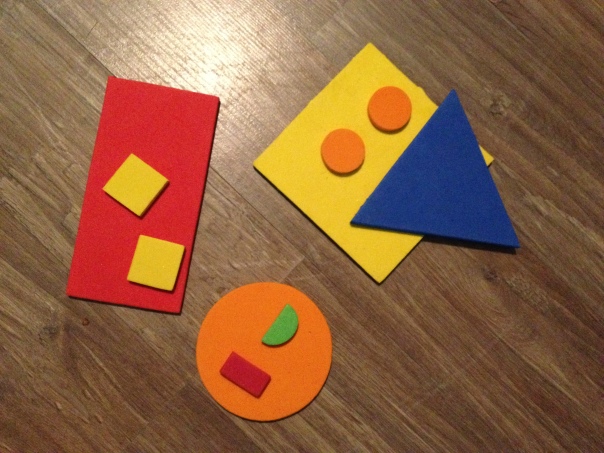 An assortment of shapes in different colors and sizes....helps understand shapes, size, scale, pattern making....An astounding fact from Jodo Gyan's research: Majority of kids in Indian schools said a square standing on a corner was no longer a square; 16% thought the length of the side had changed!

For grade 3, they have games focused on place value, fractions, multiplication, division…strengthening concepts that are essential to moving to more abstract mathematics and algebra in middle school.

We spent our Sunday at home playing another math game, that coincidentally my mum got back with her from a recent trip to the Netherlands (that’s where one of the institutes that collaborated with Jodo Gyan is based; 55% of their content is adapted from R&D in Netherlands, Scandinavia and Belgium). I played Rummikub too as a child and it’s great for developing the concept of sequences and its super family entertainment. Like Scrabble, it will challenge all age groups. In the first round today, Udai seemed to be just abut getting comfortable, but I predict many hours will be spent playing Rummikub in the soon-to-commence summer vacations!

All racking our brains....Amma, Rahul, Udai

Ma as well...Aadyaa on the other hand, is busy waking up zoo animals on the ipad 🙂