This ad is in the papers this morning and its good to see the police sending out a strong message about something that has really become a talking point in Delhi and where the police have taken a huge beating to their reputation.
In a presentation to the LG, DDA body UTTIPEC had suggested pro active campaigns that used images of men to reinforce that men need to take the initiative on an issue like violence against women as opposed to constantly showing a woman as a victim. Looks like the suggestion was well taken. I am a bit concerned about the copy here though. It suggests that men should take personal action (beat them?) against perpetrators of crimes against women. It’s only the small print that clarifies that the suggestion is for men to report other men who they observe committing such crimes!
While I think it’s a great idea to start a campaign that calls on citizens to partner with the police, I am not sure this sends out the right message! Comments anyone? 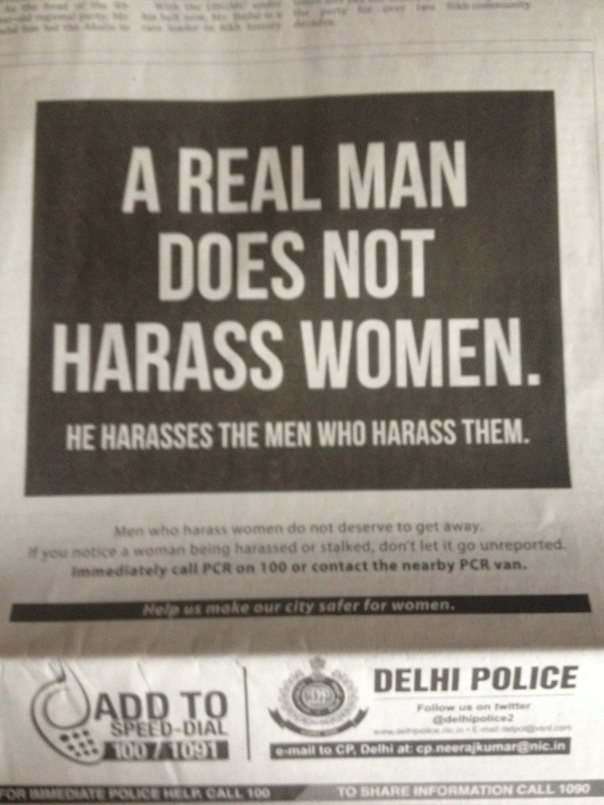