Remembering the poignancy of the ‘Fallen Leaves’, Judisches Museum, Berlin

Ah June! To be grounded while I could have been traveling the world…that isn’t a good feeling. But then, there’s nothing bad about it either. As much as travel is about moving around and seeing things in the flesh, it is also about making journeys of imagination, reliving past moments and recreating them for your own pleasure.

Last year in June, we were in Europe on an idyllic vacation. The city lover in me was taking my family through some of the most spectacular sites of urbanisation in the world- Amsterdam and Berlin. Traveling in these two cities has offered me some of the most poignant moments of my life. At 16, I remember visiting the House of Anne Frank in Amsterdam and being moved to tears by what I felt inside.

At 38, I had a similarly intense moment as I turned a corner inside the Judisches Museum in Berlin to be surprised by the spectacular work of art, Shalekhet or Fallen Leaves by Menashe Kadishman. I remember gasping in surprise as I saw before me a sea of faces cut out from sheet metal. Sad faces, agonised faces, screaming faces, horrified faces, faces of despair, blank faces, tortured faces…thousands of them right there before us stretching out to what seemed like infinity.

To put things in context, a visit to the Judisches Museum designed by architect Daniel Liebskind was on my to-do list. But I’d heard extreme reactions to the building and I didn’t know what to expect. This is a structure of blacks, whites and greys. It is stark and has used sheer walls of concrete to express a deep anguish over the fate that befell the Jews at the hands of Hitler and the Nazis. But what I liked most about the building were the unusual voids- triangular spaces, spaces out of proportion, spaces with giant cut outs, spaces of deep darkness and sharp pins of light, spaces that held me spellbound.

External view of the museum 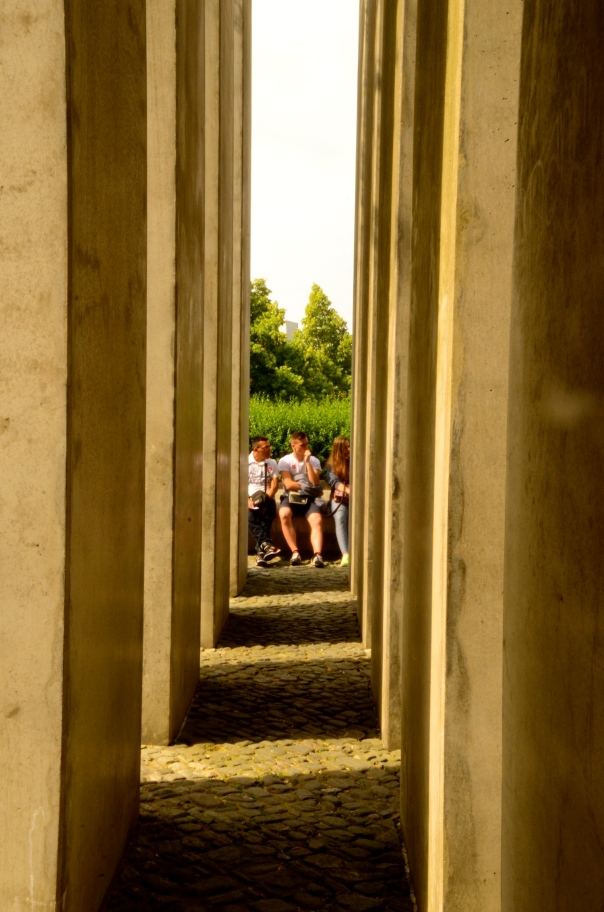 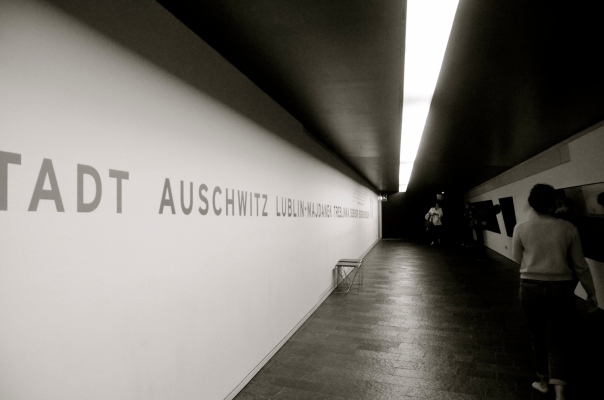 Exhibition corridors- long, stretching out before you, starkly lit 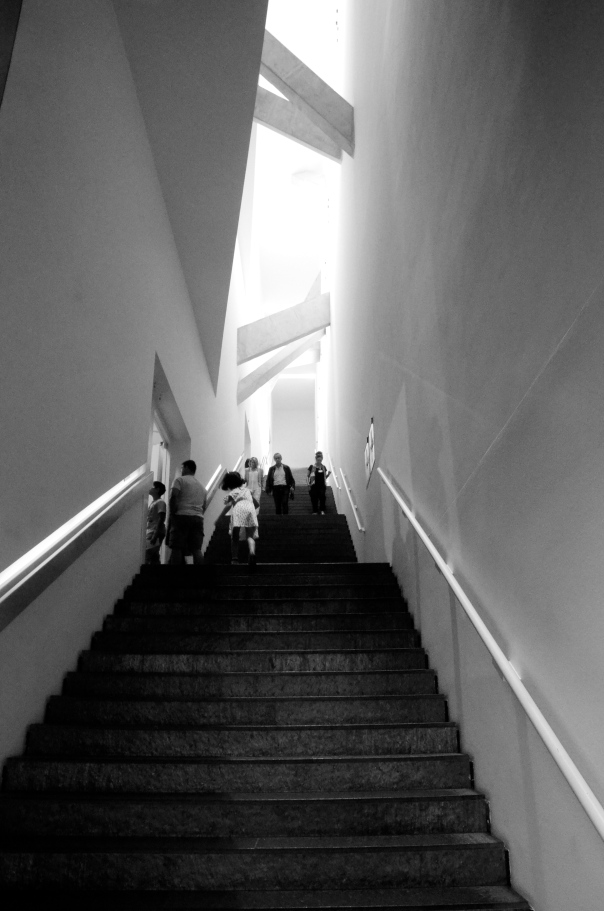 Angular ascension into the galleries above.

The Shalekhet occupied one such space, very very tall and extremely narrow, as if life and happiness was being squeezed out of it. I stood there spellbound. And then, the children started to walk out onto the fallen faces strewn on the floor. I remember making a sound of protest, reaching out to stop them. But they were following an older child and I soon realised this is what the artist intended. For us to hear the clanking of the metal as people walked over the faces of all those who suffered and died, to feel that tortured sound of being in chains, of being walked over, destroyed.

Kids walking over the Fallen Leaves. The clanking metallic sound driving me out of my mind… 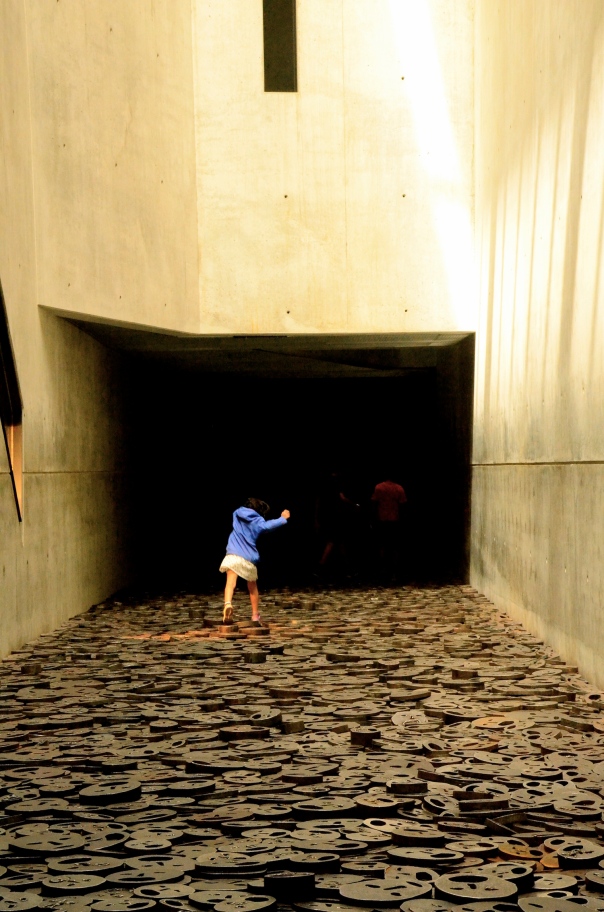 And the children disappear into the darkness, get wallowed by it. Quite the scary and poetic parallel to the concentration camps

For some reason, the Fallen Leaves made me think of the innocent children all over the world who are victims of violence, not just war and terror, but also beaten inside their homes or emotionally abandoned.

We’re letting them down, I thought. A year later, I’m still stung by that thought.