Designed to fail! The truth about the Indian city #urbanization #governance

I am not terribly excited by conspiracy theories. But when reality stares at you in the face too often and reality resembles a gigantic conspiracy theory, it is hard to ignore it. And that’s when life gets exciting!

I had my curtain raiser moment this morning, when I was attending a discussion on JNNURM and Indian cities this morning in which a group of very credible citizens and activists from Gurgaon were interacting with experts from rating agency ICRA to see how data could help influence a more robust citizen movement to improve this city.

What made this morning’s experience different from other presentations was the clarity it offered on core issues that have bothered me for a while. In our sector, we constantly run into systemic issues. Working with the government and running up against non-transparent ways of functioning is one source of frustration, of course. But more than that it is the growing awareness with every assignment you work on, that every inefficiency is part of a carefully orchestrated alternative system that is designed to render the official processes non-functional and redundant.

This is certainly true of Indian cities. As an entity, the city is getting short shrift in the Indian bureaucratic and political system. Despite being of enormous importance, cities are largely poorly governed, lagging behind in infrastructure and offer low quality of life and poor efficiencies.

The big questions we constantly ask are:

Without going into a long historic discussion of this issue (one that has been written about extensively), let me offer the few points that emerged that struck me as interesting.

Shailesh Pathak from SREI, who has  many years of government service behind him, offered an interesting thesis. One that surmises that the growing importance of cities threatens the existing political establishment. Therefore, despite the 74th amendment, attempts to convert to systems where the Mayor is directly elected and therefore a powerful representative have actively been reversed or suppressed. He offered Maharashtra as an example.

Moreover, Shailesh also explained that the system of rotational reservation in city government ensures that councilors cannot stand for elections from the same ward twice in a row. It is therefore, we surmise, impossible to build a strong electoral base and commitment to a single ward and quite hard to get re-elected. This effectively prevents a class of city-level powerful political leadership from rising and MLAs and MPs can continue to be centers of power, often stepping in to give largesse or take decisions that councilors have been pushing for months without success. This sort of situation has been corroborated during my discussions with councilors in Gurgaon, including Ward 30 councilor Nisha Singh who was present at this morning’s meeting.

Cities at present are seen by State governments as the proverbial milking cow. Sources of revenue, to be blunt, both above the board and largely below it! Given the short term view that politicians usually have (by definition, I might add), this revenue is maximized in the ‘growth’ phase of a city, when land is available to be urbanized, zoned as per a Master Plan and much money is to be made for those who have access to this privileged information beforehand! Even above the table, money is to be made building real estate and setting up infrastructure, providing services, etc. Once this growth spurt is over, governments (read politicians and bureaucrats) tend to lose interest in performing the mundane functions of governance and service provisioning, as there are no big bucks in this any more.

In most cities across India, this is the situation. Of all the items that must be under the local government’s ambit, as per the 74th amendment, the most vital functions of urban planning, development control and infrastructure development are usurped by the State government using parastatal agencies like development authorities. The city is reduced to small functions, usually to be performed in a fractured landscape of jurisdictions. This is intensely frustrating for all those who operate at the city level (planners, bureaucrats, politicians, civil society, professionals, etc) and the general sentiment becomes one of cynicism and despair.

We cannot continue to live this paradox in which cities full of energy, enterprise and promise are log-jammed into an uncompromising political scenario. Yet, every conference and talk you attend, every report that is released re-iterates this situation of extremes, but offers absolutely no solutions! Take for example, this news item.

Paul Boyle, who heads UK-based ESRC, spins the big story about the future of Delhi’s development as a mega city even as he outlines nearly everything that contributes to life as we desire it (all sorts of infrastructure basically) as a ‘problem’! I find this sort of position absolutely ridiculous and a fallout of a vision that is only driven by economic development figures like the GDP without an eye out for overall inclusive growth. But the essential message is about the importance of the city as a driver of growth, which we cannot and must not deny.

We have no choice but to ensure that cities function well given the trend towards urbanization that we cannot stem (another fact that the political class keeps turning a blind eye to). If cities in India need to meet their potential, it is pretty clear that some significant changes need to happen. In political mindsets, in legal and administrative processes, in institutional mechanisms and in the attitudes of urban citizens who must be more discerning and more demanding for a quality of life that they most certainly deserve.

Power in the hands of the poor: Why are we uncomfortable with that? Oct 17, 2012

A few days ago, I mentioned that I feel angry when someone calls me an idealist. It’s not the word, it’s the tone that implies that idealism is foolish that really gets to me.

I get called an idealist by fellow professionals essentially for being pro-poor. Architects and urban planners, being trained in the ‘technocrat’ mode, like to pose physical solutions to problems that ail our cities. Hence tools like zonal and master plans, design proposals and such like are seen as change drivers. However, because these and many other tools for change lie in the hands of bureaucrats, policy is used to steer and obfuscate what is actually happening on the ground. 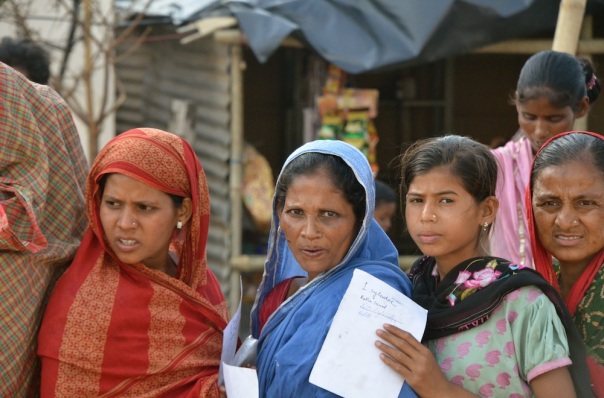 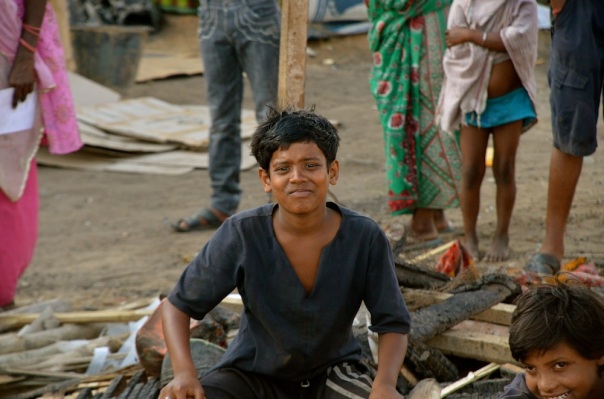 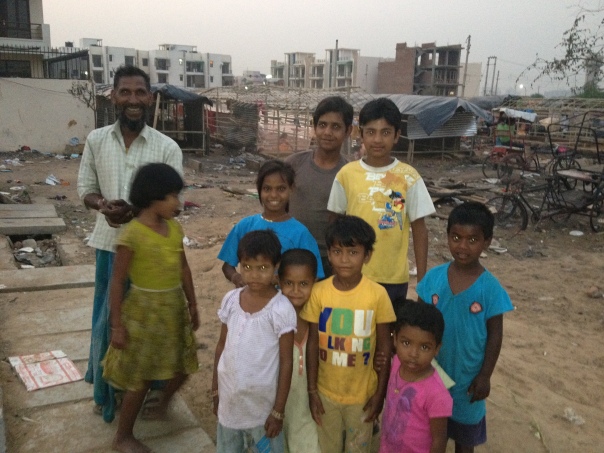 Neither policy nor the tools for physical planning are completely rooted in the realities we exist in. The realities are political, social and economic. The realities are the stuff we want to shove under the carpet- class divides and political gain, vested interests and goon power, caste-based thinking and skewed gender equations. If I am an idealist for believing that we need to make a strong political, economic and social case for uplifting the poor, then I am proud to be one indeed!

At this stage in my research on migrant housing in Gurgaon, urban designers and planners I interact with are telling me that I cannot influence the sociology and politics of any place, so its best to focus on a physical solution. So propose some mixed use, opine on resource distribution, talk about land values, density, the magic word FAR, etc etc. On the other side are the activists and NGOs who work with the community. They advise that I look at the problem squarely in the eye and find out what stops governments from providing migrants housing and more importantly, what will convince them that this is unavoidable. So basically, they ask me to place the political and socio-economic considerations at the center of the problems.

These two aren’t essentially different opinions; they both intend to arrive at physical solutions perhaps, and yet they look at the issue in two very divergent ways. It appears to me, and my judgement is informed by various interactions in the sector, that mainstream professionals  in fields like architecture and urban planning have begun to view themselves as service providers, and are disconnected from a sense of their role in society. They view the government as a significant client and the migrant worker as a beneficiary of a policy. Therefore, the proposals are not intended to empower the community, but to find a solution palatable to the government.

Activists and not-for-profits in this space, on the other hand, intend to give power directly into the hands of the poor, equipping them with information and arguments that will help them carve a space for themselves in urban India, where they compete for resources with the upper classes while at the same time being a huge part of the ecosystem.

Clearly, solutions that place decision making in the hands of the poor are clearly uncomfortable for decision makers. Perhaps we can blame it on the general need of both bureaucrats and technocrats to find the sort of solution where there is a measure of control and predictability. Solutions that involve incremental steps, are long-term in nature and do not come with guaranteed results are hard to buy into.

No one has a crystal ball that tells us the future, but it doesn’t take a soothsayer to know that the workable solutions will emerge out of a skilful, considered mix of both approaches. That it is necessary to consider the poor a vital part of India’s growth story, while at the same time being pragmatic in the means we employ to give them their rightful place in this unfolding saga of a rapidly urbanizing India. In the end, we must confront our discomfort with handing power (especially in aspects as vital as health, education, housing, basic services, etc) to the poor.