A ‘brutalist’ China Town and the Parisian ‘bo bun’

It was while sauntering through the delightful Chateau Fontainebleu during our Parisian stint this summer that I first made the connection between the 13th arrondissement and industry. Le Gobelins, a stop on the metro line (7) we often took into town from our suburban abode in summer, was where the French aristocracy got its tapestries from. Up until the ’60s, from what I understand, this area of Paris that lies south of the Seine was a marshy mish mash of industrial workshops and village like neighbourhoods interspersed with patches of gardens and farms. Inspired by Corbusier’s ideas of city planning, a massive urban project called Italie 13 was planned here in the ’60s for the urban professional classes, dominated by high rise towers and large interconnected public spaces on the ground level.

I had the chance to visit Les Olympiades, one of the prominent high-rise complexes built in the late ’60s and early ’70s, with a colleague recently. We were out to get some lunch and he kindly decided to show me around the China Town nearby. Which, against my expectations, was amid this giant brutalist complex of monotonous and monumental high rises! The tall towers of Les Olympiades, which I hear are now rapidly gentrifying, frame a large plaza with a market and access to multi level shopping centres. The design of the Pagode shopping plaza, with its pagoda style roofs, turned out to be prophetic because this neighbourhood saw the arrival of ethnic Chinese immigrants from Vietnam, Camobodia and Laos in the late ’70s, most of them escaping the Vietnam War. 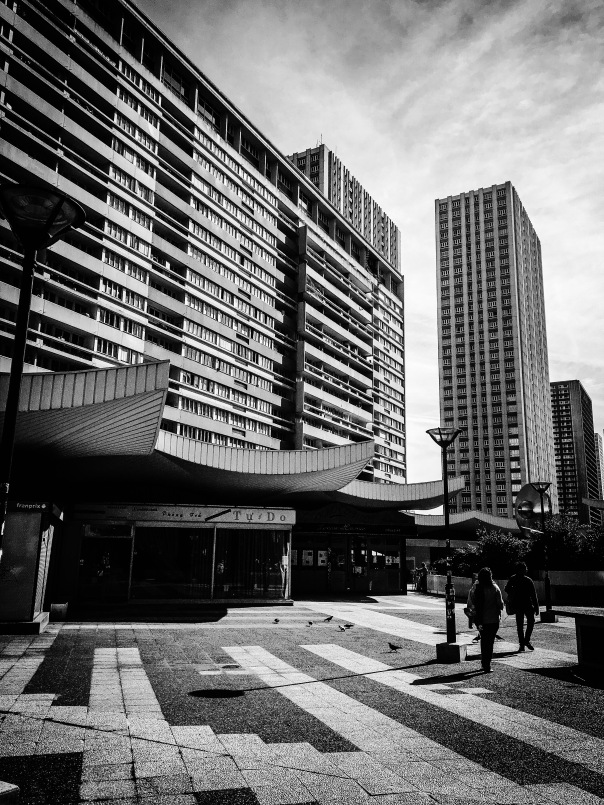 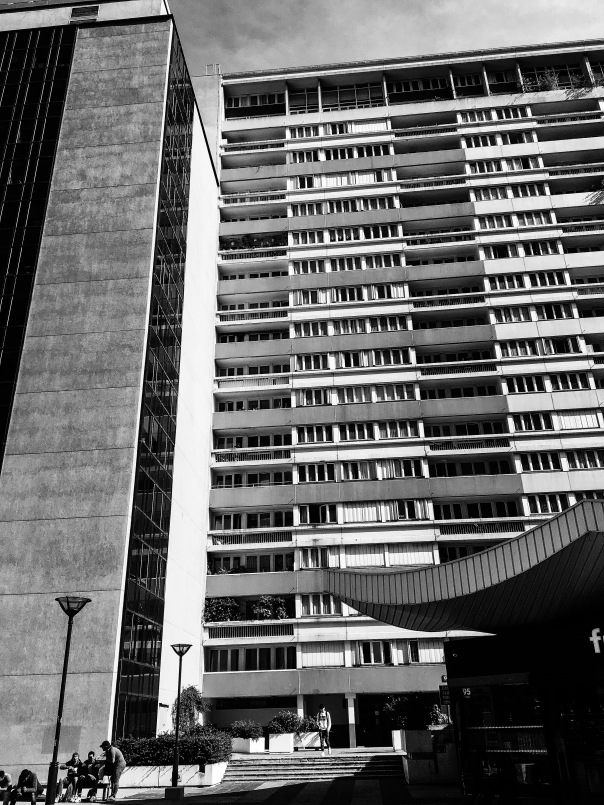 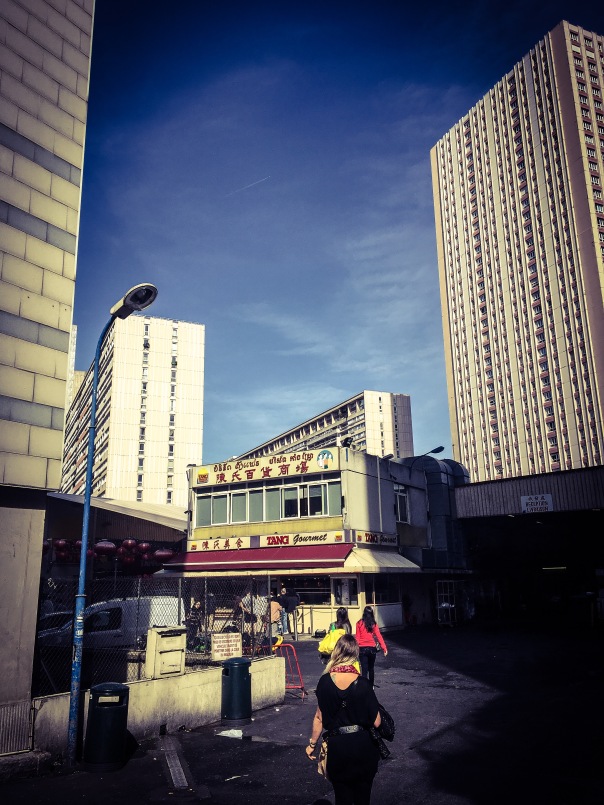 Though architecturally this area hardly looks like the ‘China Town’ one expects, many of the businesses here are Chinese owned. A south-east Asian style set of vendors selling greens on the streets and a number of food stalls selling Vietnamese food were the most obvious signs here. Sitting on the sidewalk, we enjoyed a quick meal of ‘bo bun’, a dish of rice vermicelli with grilled meat, raw vegetables and tangy sauce that has become my favourite food in Paris. This one in ‘China Town’ was way better than the bo bun I have had around the university I work at, which is only a few blocks away within the same arrondissement, part of a later and arguable more successful redevelopment project called the Rive Gauche.

One of the nicest things about being interested in urbanism is that there is pleasure to be derived from the simplest things in a city like Paris. Walks, commutes, lunches and visits to friends are all part of a giant educational and sight seeing experience. And this is how the pursuit of a good bo bun taught me quite a bit about a chunk of Paris’ urban and immigration history.