This was a strong strain at THiNK2012. Shoma Chaudhry at one point actually said the audience had been complaining about it! We aren’t really comfortable with feminism are we? Well, I am, and increasingly so. That does not mean I think women must become like men, nor does it mean that men must defer to women, though most sensible ones do for obvious reasons!

For starters, I think we misunderstand feminism considerably and have a fuzzy idea of what it entails. The fact is that like any other movement, feminism has evolved over the decades. In its current form, the movement rejects absolute definitions of what being a feminist is, and includes the experiences of women from diverse racial, ethnic and class backgrounds.

I had a chat with Mona Eltahawy, a prominent figure in the activism related to restoring democracy in Egypt, a feminist and a grassroots leader. The experiences she shared silenced the audience into a hush. She was herself a subject of brutal sexual assault and threatened gang rape by the Egyptian police in the wake of the Tahrir Square liberation. She told us that women activists were picked up en masse and assaulted, raped, beaten into silence. And this continues. Horrifying? Well, just as horrifying as the rapes in Haryana, which aren’t political, but born out a deep sense of male superiority. Apparently it is fine to believe that women can be beaten and raped into silence. 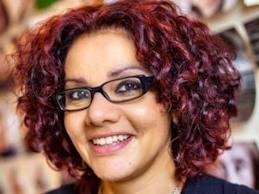 Mona Eltahawy, Egyptian activist and feminist, set me thinking about what it means to stand up to the unequal norms in our society

I agree with Mona’s appeal that women must speak out and I admire her bravery for being able to do so again and again. I was rivetted when she declared “The shame was that of my assaulters, not mine!” It is terribly hard for women to believe that, but we must if we are to lead dignified lives.

I was also struck by the parallels between what is happening in Egypt and in the part of India where I live. The constituent assembly in Egypt, which is rewriting the country’s constitution, has suggested bringing down the marriageable age for women to, hold your breath, nine! Thos violates all child rights norms, conventions, treaties and is downright inhuman. Like many khap panchayat leaders in Haryana, these guys seem to not have heard of marital rape. To think that a woman can only exist under the protection of a man is regressive and reprehensible. Women must speak, write and stand up against it. For starters, those of us who consider ourselves liberated must stop thinking and living within this disgusting framework (yes we do, we all still do in some ways). Perhaps if we can negotiate our own balance, we could dream of a world in which women are respected and treated as equals.