← The life and times of a b**g*r
Amitav Ghosh on Fanqui Town, Canton in the 1800s #TheCityasMuse →

Masaan: Profound, a film about hope [Hardly any spoilers]

I watched Masaan six days ago and my brain is still processing it. That’s the way the narrative is fed to the viewer, slowly and subtly in even measures; loaded with detail and yet very clean and sharp. I haven’t seen a film with so much clarity in a long time.

Masaan is a film about hope, not despair. It’s about the ability that humans have to rise above the depths of grief and anguish. It spoke to me because it underscored that the plunge into the abyss is but part of the experience of life. And death, that too is just what it is. Nothing more, nothing less. 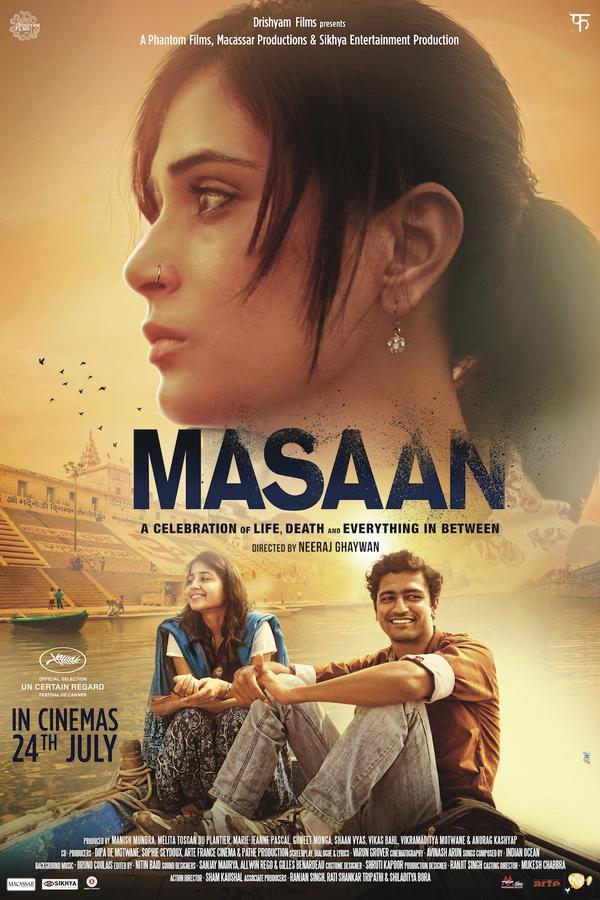 In particular, I liked that the women in Masaan are stolid and yet ordinary. In Devi’s (played by Richa Chadha) silence- one that has been interpreted widely as strength- I saw simply a profound grief. At losing her love, at being deeply misunderstood and wrongly accused. In Shaalu’s recognition of Deepak’s sincerity (played by Shweta Tripathi and Vicky Kaushal respectively) and her courage in wanting to overcome what certainly are overwhelmingly large taboos of caste, I see a rare independence and ability to take risk. These are strong women emerging from the deeply conservative landscape of a small city; they forge an independent path without an iota of self-consciousness. How can they not make a profound impact?

Deepak’s story is the stuff of inspiration. Despite numerous obstacles and a debilitating experience of personal loss, he perseveres to make himself and his family proud by being the first to rise beyond his low-caste occupation and get a white collar job. What makes Masaan special though, is that its the small details that come back to you later. In all the light-hearted banter of Deepak’s friends circle and in the midst of the masculinity exhibited by the small town male- roadside flirtations, catcalls and comments, social media stalking- there is also the space for a heart-rending outpouring of his grief. I appreciated that nuance shown in the relationships between young men even more perhaps because of the stereotypical portrayal of youth in Hindi cinema.

And then there is the river. The Ganga. As a vessel of sorrow, as a rejuvenator, a forger of destinies and above all, a harbinger of hope. The quality of cinematography in Masaan played no small role in highlighting the poetic parallels between the river and the ebb and flow of life.

← The life and times of a b**g*r
Amitav Ghosh on Fanqui Town, Canton in the 1800s #TheCityasMuse →