← Not a brick in this Wall: Profoundly affected by the Berlin’s history
Visiting the Dinosaurs! What kids loved in #Berlin 2/3 →

Udai is crazy about Lego. He has been that way since he was say a year old. He made the choice to visit Berlin, inspired in part by the German lessons in school that are still a novelty and mostly by my mention of a Lego Discovery Centre in the city. We found ourselves at the stunningly beautiful and modern Potsdamer Platz at the end of our excursion to the Berlin Wall. It was evening time and we dashed to get into the Lego place, barely stopping to admire the architecture of the Sony Centre, in which the Lego deal is located. Rahul opted out owing to the high ticket charges (Euro 18 per person, unless you book in advance) and I spent two hours with my super excited Lego-crazy kids.

What was inside? Well, I really liked the lego reproductions of Berlin city. They were amazingly detailed and vibrant. I didn’t care much for the Star Wars section and even the kids weren’t captivated by it, though there were spacecrafts moving around and everything was made with Lego. There was a dragon themes ride that puts you in a car and takes you into a castle, with ogres and dragons and knights, all mads of Lego again. There are Lego figures standing around- batman, Hagrid and Harry, you get the drift… 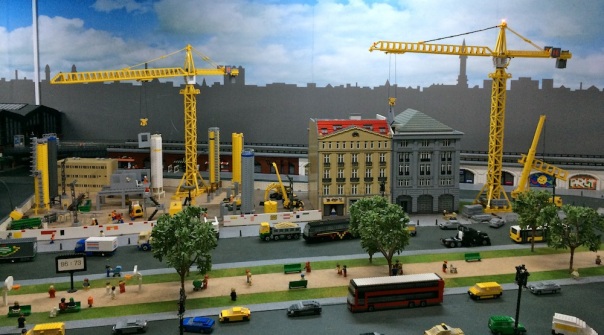 It’s a small place and the highlight for Udai most certainly was the zillions of Lego pieces at the workstations and time to sit and make stuff. What did he make? Airplanes…duh! Aadyaa just ran around and explored the place. And we topped this all off with a short Lego film at a built-in theatre they had inside. 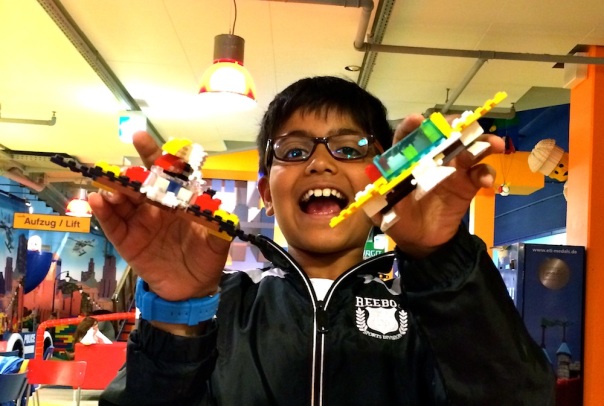 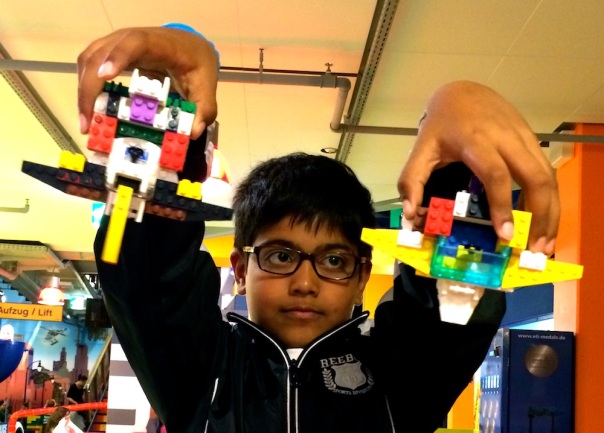 It’s not a very large place and perhaps not exciting for grown-ups, but little detours like this is what keeps children engaged. Especially when we travel to cities that are high on culture and sightseeing, we’ve found to useful to mix it up a little. Once the kids know that we’re willing to do ‘their’ stuff, they are quite happy to do ‘ours’!

PS- I did get some shots of the Sony Centre plaza once we got out of the Lego place, and here they are…. 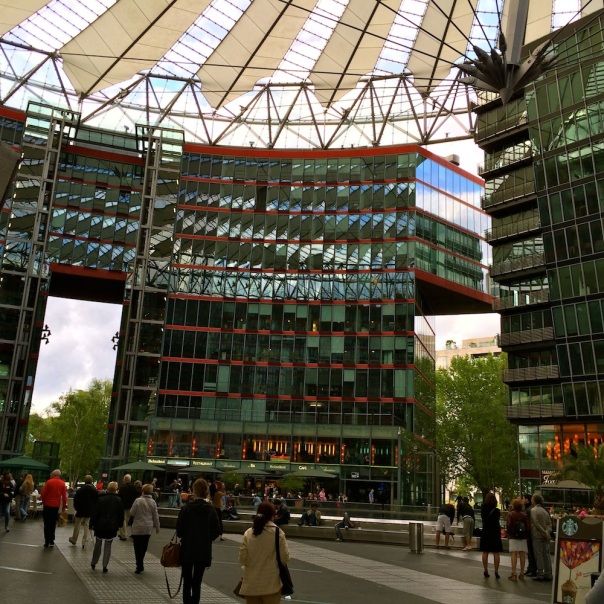 ← Not a brick in this Wall: Profoundly affected by the Berlin’s history
Visiting the Dinosaurs! What kids loved in #Berlin 2/3 →