Way back in SPA when I was an undergrad architecture student, I remember clearly marking out the Hagia Sophia (or the Aya Sofya as the locals here call it) as an architectural building I had to visit within this lifetime. It featured among more obvious ones like the Parthenon and Stonehenge, which I haven’t got to yet! What impressed me even then was its history. It’s been a church and a mosque and way back in 1935, Mustafa Kemal Attaturk (yes him, the guy who established Turkey as a republic) ensured it became a museum, in the spirit of bequeathing a monument with such a tremendous history to the public at large.

We spent an entire morning here today, mesmerized. A massive structure that has seen fires, additions, demolitions, modifications, excavations and restorations from 360 AD till the present, the Aya Sofya is considered the epitome of Byzantine architecture. It has one of the most massive domes in the world and was the largest cathedral in the world for some 1000 years!

I will not bore you with facts. Here are some images that might give some idea of what it felt like being in here. The dark inside of the museum contrasted hugely with the bright summer sunlight out there in Sultanahmet Square. But it was the inside that blinded you with its beauty, its perfect proportions and intricate details. 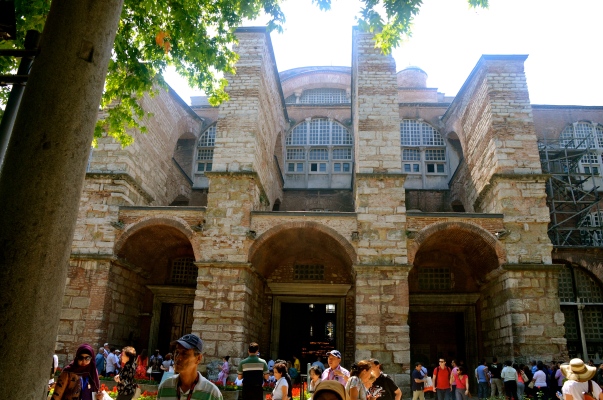 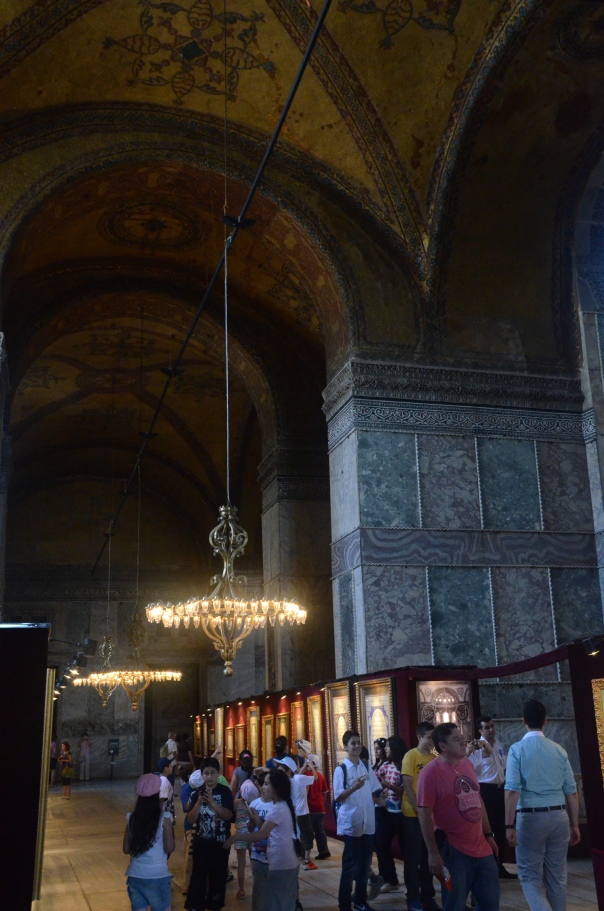 First gallery had an info on the building, some exhibits 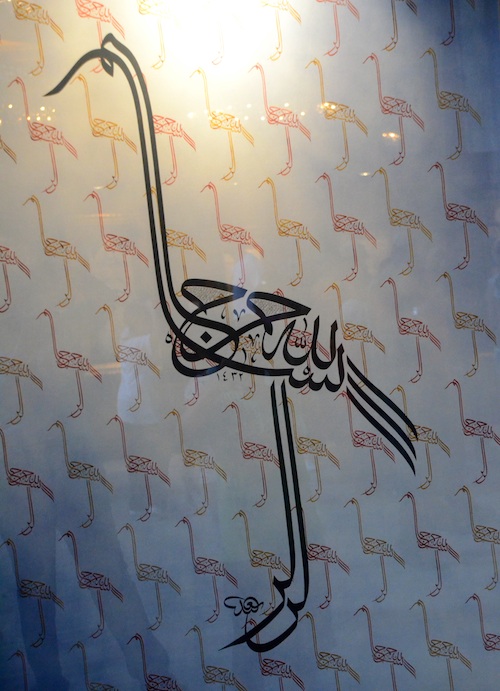 Exhibition of calligraphy inside the building 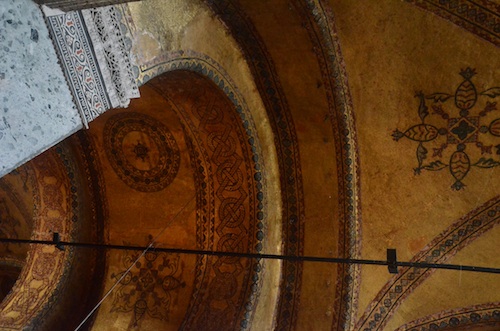 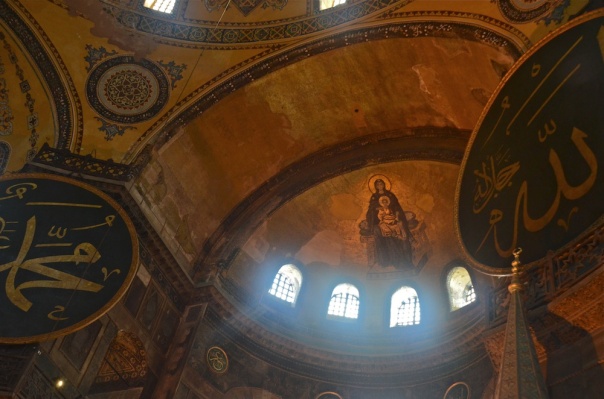 Mary and Jesus from the church period and massive Arabic inscriptions from the mosque period- Charming! 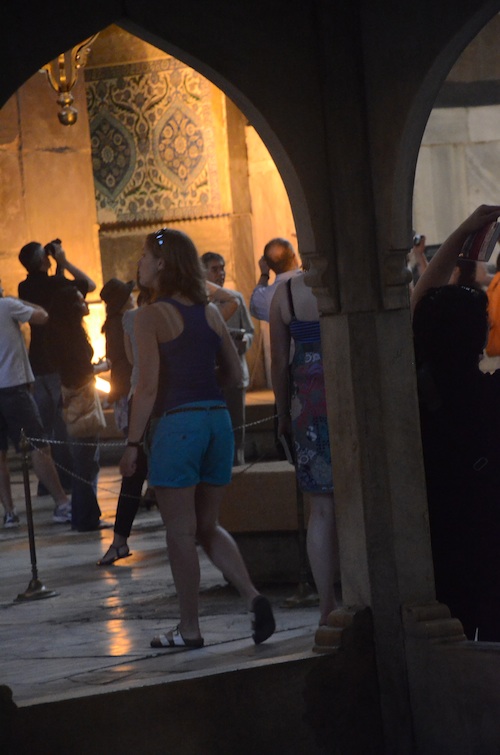 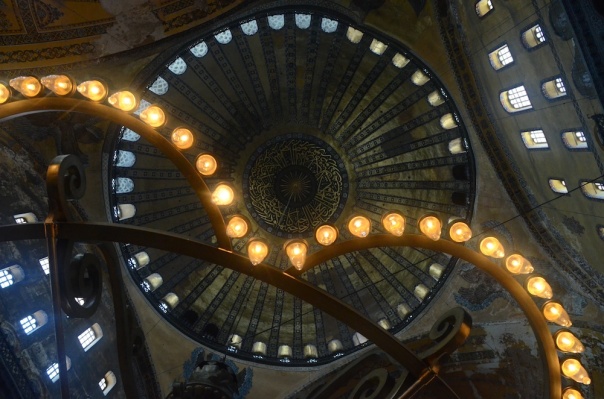 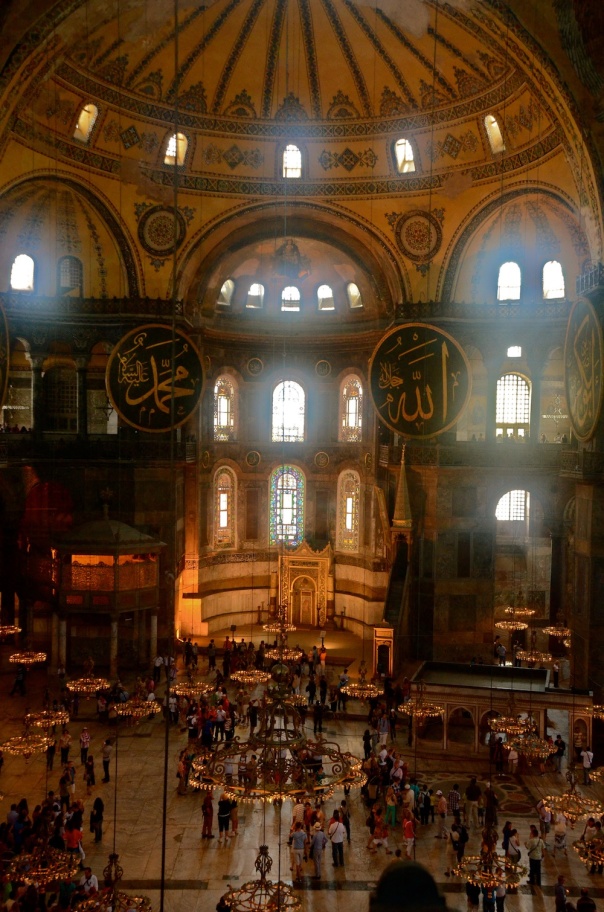 View from the first floor gallery 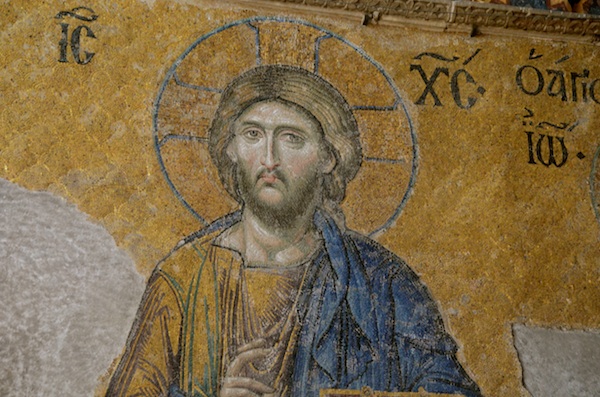 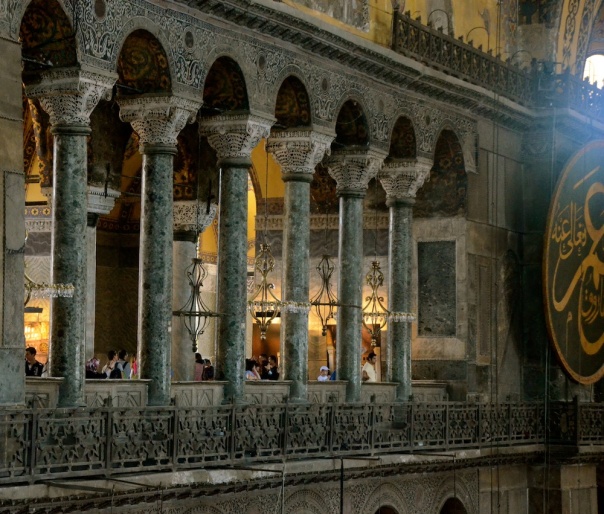 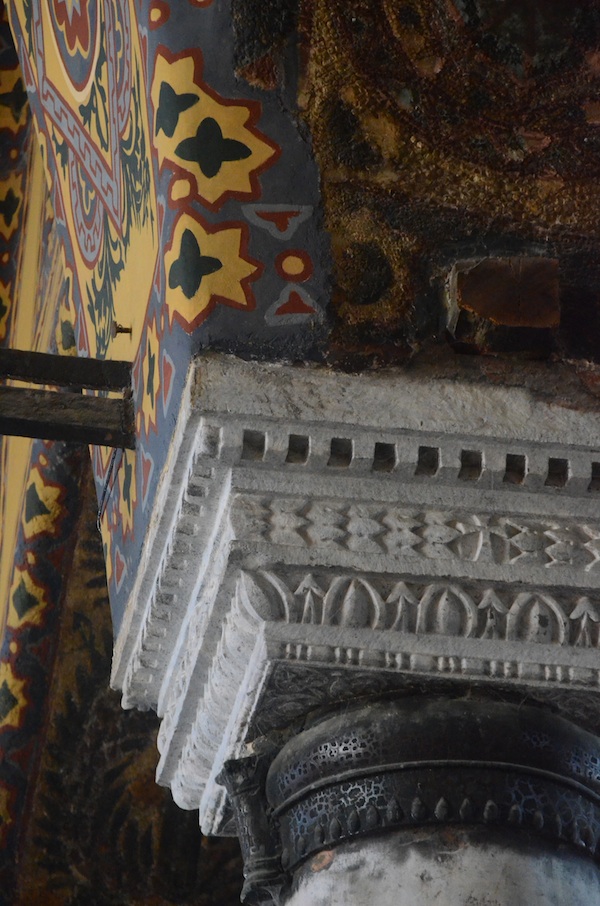 God is in the details 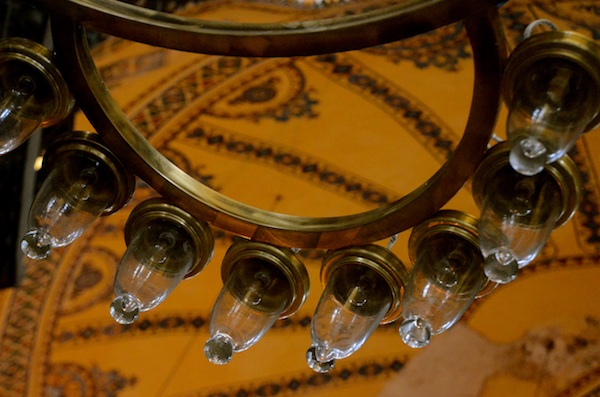 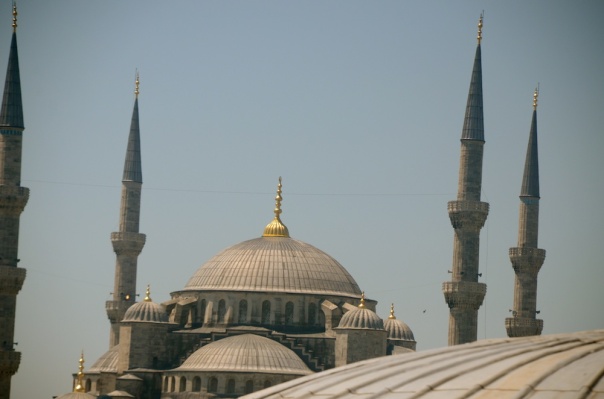 View of Blue Mosque from the gallery in Aya Sofya. This was an attempt to outdo the Aya Sofya that didn’t quite succeed 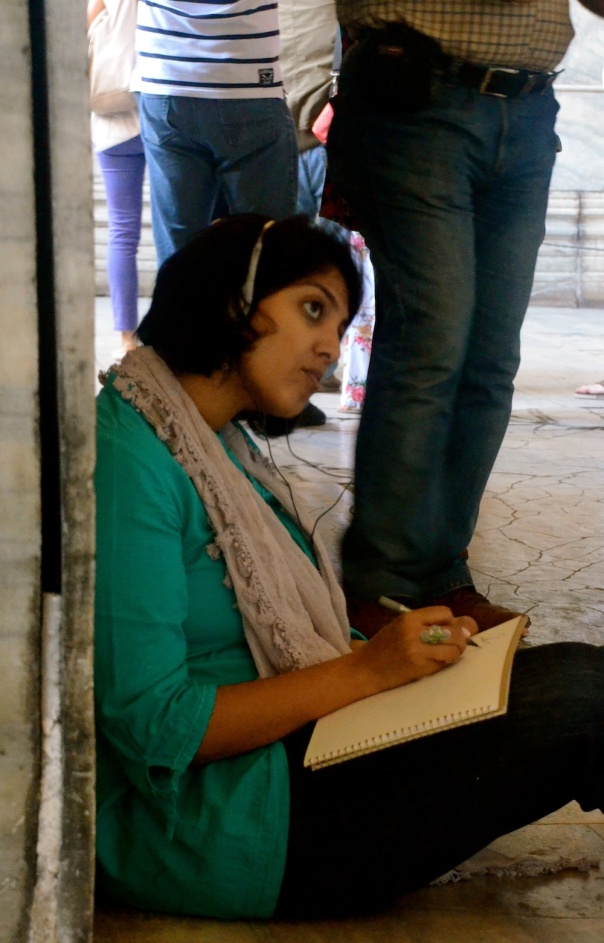 Missed the kids all the time, but I wouldn’t have been doing this had they been here! 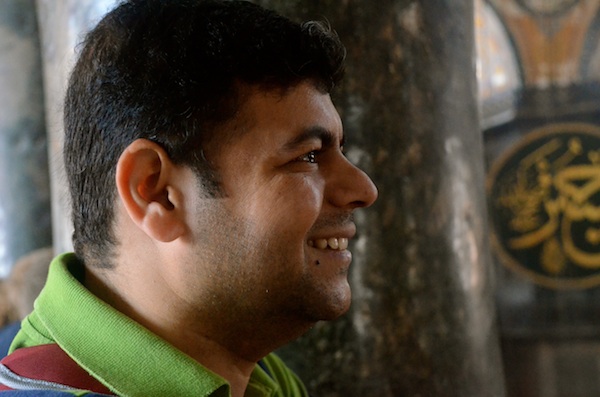 Rahul, chilled out as usual 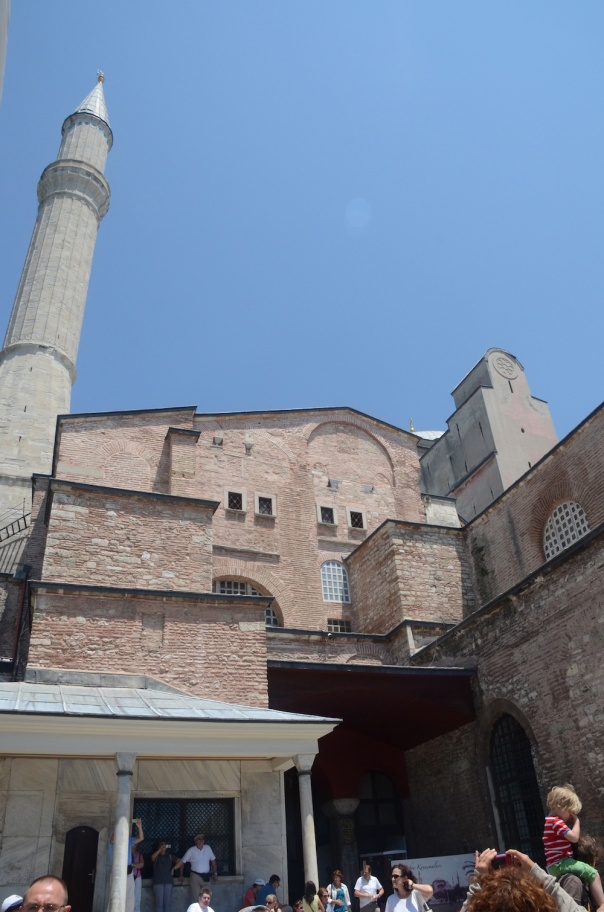 Bidding adieu. The structure is so massive, there’s no way you see the dome emerge till you walk quite some distance away…