On Tuesday morning, after the exhausting long jaunt to Sangli the previous day, Nipesh (my colleague at mHS) and me were up and raring to inhale a new set of experiences in Pune. My friend Varsha had promised to spend some time showing us around and Nipesh’s curioisity about Pune’s Parsi bakeries set us off on a most enjoyable jaunt to Main Street via leafy, quirky Koregaon Park. Full of colonial buildings and exuding a quaint old world charm, we walked around carrying the load of Shrewsbury biscuits Varsha had bought us to take back home. Here are a few clicks from that morning depicting the old and the new, capturing (I hope) the flavor of the laid back excitement we experienced that morning! 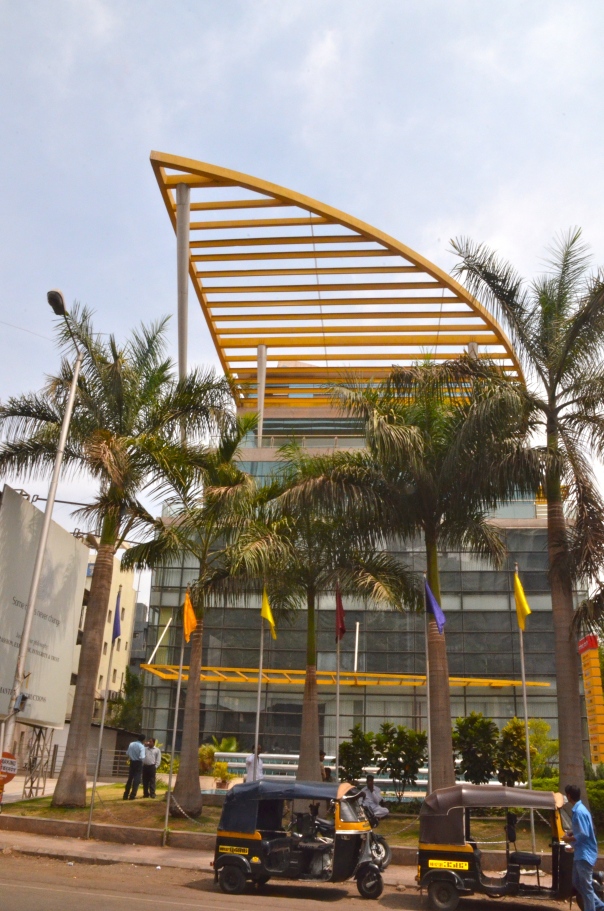 Pune is littered with these flamboyant pieces of contemporary architecture. It is clearly a developer city, with each brand desperate to make its mark contributing such wonders (hear the sarcasm drip, folks!) to the cityscape.... 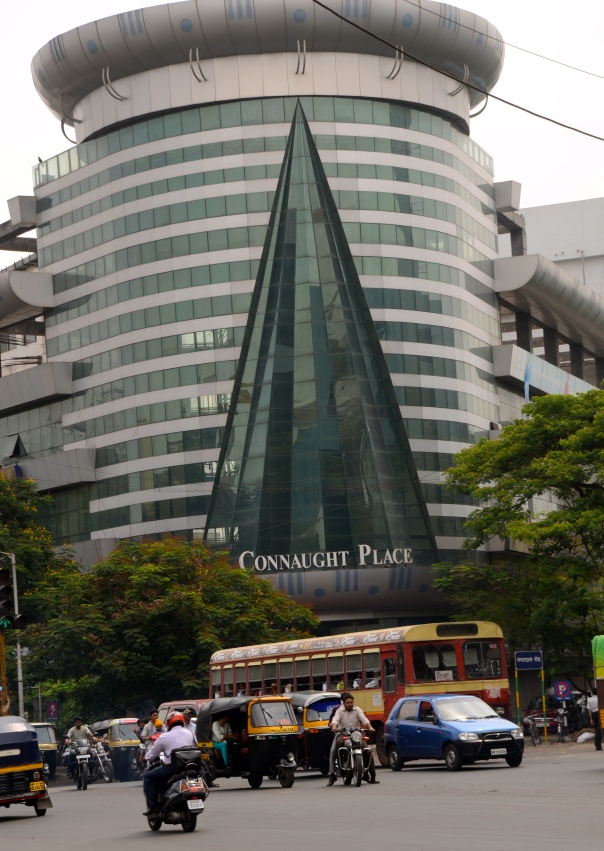 For us, coming from Delhi, this was hilariously funny! 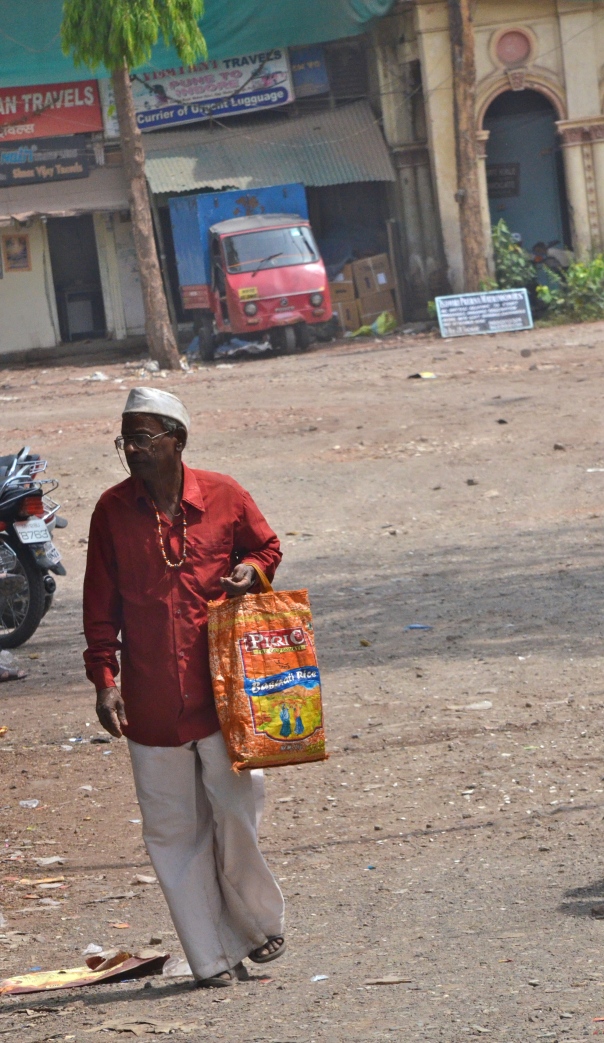 Used to be standard clothes when I grew up in Mumbai; now its rare to see people wearing the traditional cap and the shirts with the loose paijama 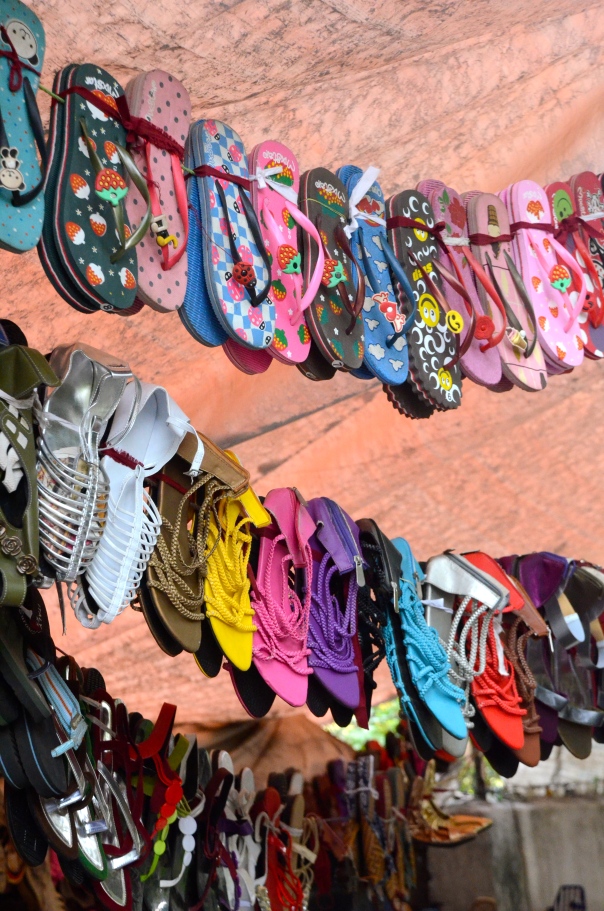 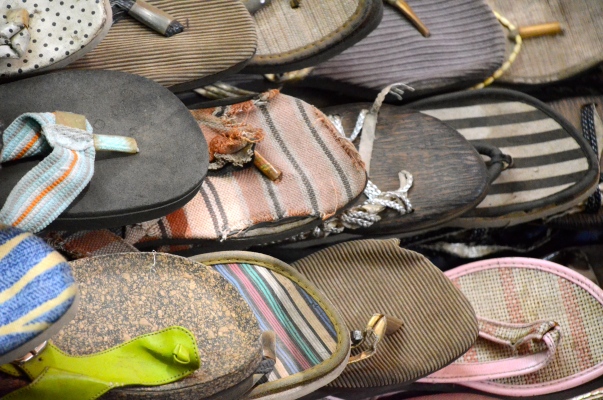 Could not believe these were for sale too....Nippo (fond nickname for Nipesh) suggested these were the discarded footwear of the gora ashram-ites that they leave behind when they return home...blessed with hash, love and free #@!.... 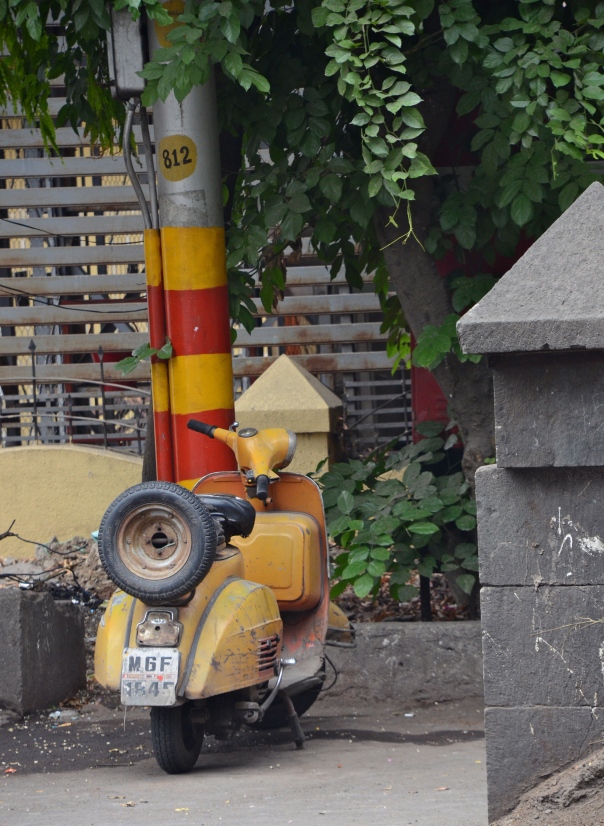 Nostalgia for what used to be the only means of private transport for middle class Indians when we were growing up! Dad drove a grey Lambretta and then a bright green Bajaj Chetak! 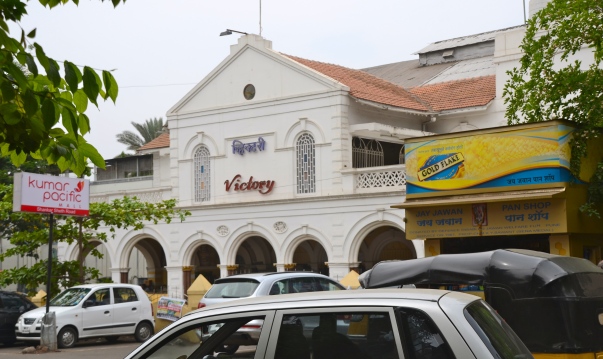 A heritage movie theater, refurbished and saved from being torn down and eliminated....it was aptly named Victory once the legal battles were done and it could re-open! 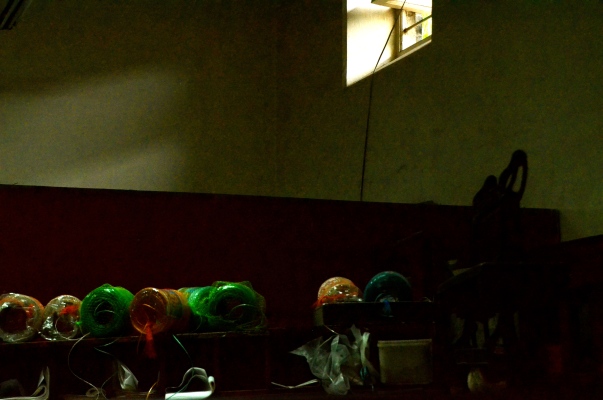 Twine in many colors at the legendary Kayani Bakery 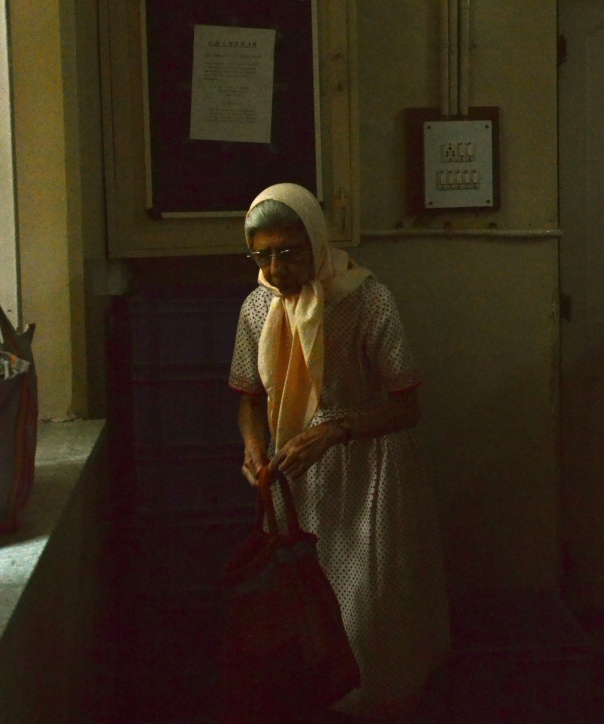 This Parsi lady in the unchanged Kayani Bakery was so totally apt, it was almost as if my camera conjured her up! 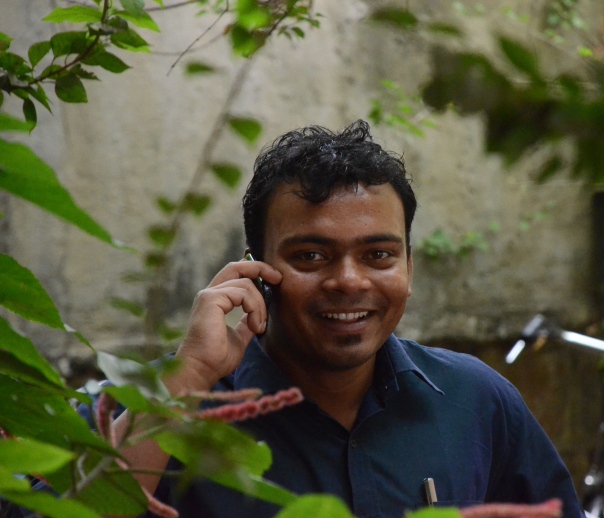 Nippo outside Kayani Bakery....the smile says it all! 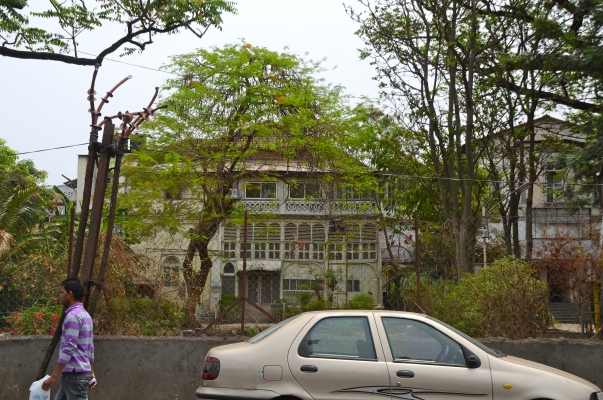 Crumbling old mansions all around..... 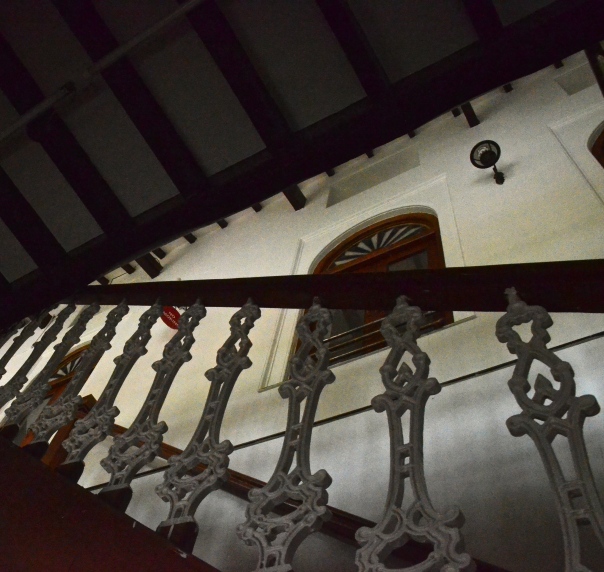 Another Parsi bakery called Marzorin. Varsha took us crazy architects to it because it had "an old staircase and lovely flooring" and because she went there as a college kid 🙂 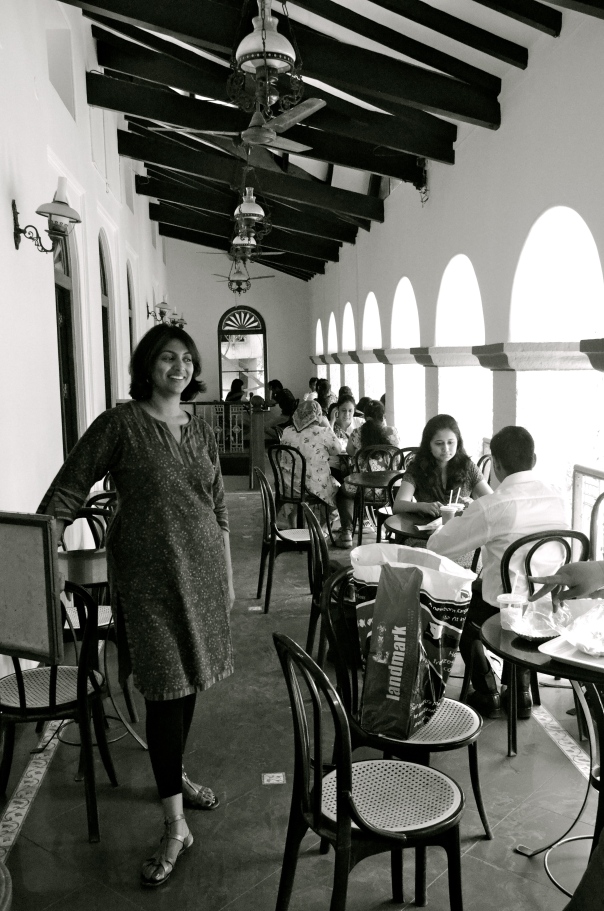 Me, experiencing Marzorin's magic....Nippo obliged by getting behind the lens! 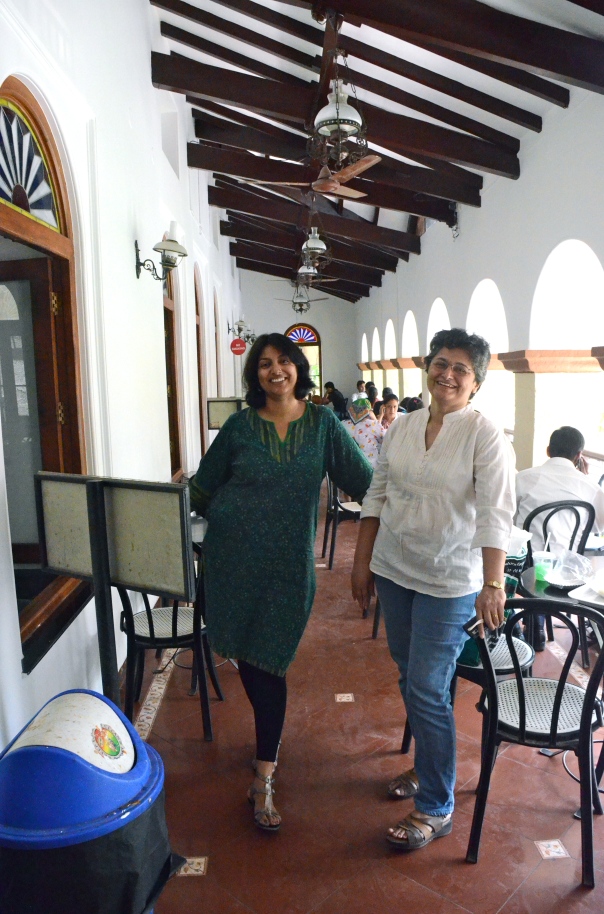 In the end, the real fun was the catching up! Varsha and me posing....